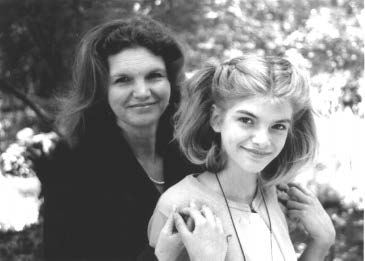 I grew up in a household that valued intuitive, non-linear thinking. My father, Roy Henry Schul, raised me on a heavy diet of colorful stories that depicted every phase of his life, including tales about the activities of souls who were no longer living. My mother, Thelma Jane McCollum Schul, continuously shared accounts of her psychic abilities. We lived in a two hundred year old farmhouse on a rambling dairy farm in Upstate New York with my five siblings and plenty of animals and plants of every description.

One of Dad's favorite stories was about his grandfather, who had come from the old country with a stash of money that he kept hidden away. He was particularly fond of his fourteen year-old granddaughter, Margaret, who used to read the Bible to him when he came to visit. Soon after his death, Margaret sat at her grandfather's piano practicing, after the rest of the family had gone out to tend to evening chores. As she played, her grandfather appeared to her and attempted to tell her something. She was shocked and frightened by the sight of him. "I never moved so fast in my life", she reported of her reaction. "When I got to my family, I was as white as a ghost, myself." My father, Margaret's younger brother, couldn't believe she fled from her own grandfather, dead or alive. He always insisted, "Grandpa was probably trying to tell her where he hid his money, so she could enjoy it. She was always his favorite!"

My Dad didn't draw sharp lines between life and death. He certainly wasn't threatened by the prospect of contact with those who had left this life, which was often evident in his stories. So, I guess I shouldn't have been shocked by his expectations, following my mother's sudden death; they had enjoyed more than forty years of marriage. As we sat having a cup of tea the night after Mom's death he confided to me, "Your mother never came to see me last night. Maybe she'll come tonight to say good-bye!" I, however, did not share my Dad's desire to be visited by Mom that night. In fact, I found the idea very unnerving!

Nine months later, when Dad was visiting me in the deep South, he complained that Mom had never come back to let him know she was okay. He went on to share how deeply he missed her. Then, he shared this dream with me:

"I was in heaven and was looking around everywhere for your mother. Then, I saw her. She was so beautiful and so young. She was eighteen years old. She was standing at a distance with her daughter, Mary Jane, who was also eighteen. Another young woman with them spotted me and began to walk in my direction. I immediately recognized her as Twyla, Thelma's niece. Twyla looked like a perfectly healthy eighteen year old, as well. She called me by name and asked, 'Roy, what are you doing here?' I explained, 'I came to see if Thelma was okay.' She insisted, 'You can't be here. It's not your time. You can see that Thelma is doing fine. Now you'll have to leave.' Then, I woke up."

"Daddy, don't you see?" I urged. "Mom did come to you in your dream, or rather, you went to her. She let you know she is perfectly okay now." I shouldn't have been surprised that my Dad didn't make the connection. He wanted something more concrete.

I often feel the same way on my spiritual journey. I want to connect with the Divine on a real, human level. Perhaps that's the product of all our years on the farm; we long to be touched by the Divine on a sensory level that we can actually touch, hear, see, smell and taste.

In his dream, my mother was at the peek of physical perfection, no longer suffering from chronic illness at seventy-nine years old. She was reunited with her first-born child, Mary Jane, who had died tragically at the age of three (fifty-five years prior to my mother's death). In the dream, Janie, as my mother affectionately called her, had grown into a beautiful, young woman, something my mother had longed all her life. Mom was in the company of her favorite niece, who had also preceded her in death. So, my father's dream answered his need to know that my mother was healthy and surrounded by the family members she had so desperately missed while on Earth.

The prospect of being eighteen again probably looked very attractive to my father, who was suffering from the many complications of long-term diabetes. At eighteen, he had joined the U.S. Army during World War II and was stationed in Italy. He often showed my younger siblings and I the photographs of him in uniform and would entertain us with funny stories about his antics. We would always comment on how incredibly strong and powerful he looked back then. Perhaps my father's dream also offered him a very pleasant picture of his potential future.

Two years later, when my Dad died, I felt quite sure he was more than ready to be reunited with my mother. Still, I knew I would miss him deeply. When it was my turn to say good-bye, I cradled his large clasped hands in mine and asked to receive his gift of story telling. I wanted that magical essence of my Dad to be carried on into the next generation and beyond.

My father's dream tending and story telling have deeply informed my life, more than any degree or formal educational pursuit. Five years after his death, I took my family to Germany to visit the homeland of my great-grandfather. After a couple of weeks of touring, we celebrated Father's Day with my husband and our three daughters. Then, we returned to the home of very dear friends that evening near Hamburg, which felt very comforting after so many nights in hotel rooms. That night, on Father's Day, I had a dream.

My parents call me on the phone. In the dream, everything was as it used to be. Mom catches me up on all the news. Then, she hands the phone to my father. Dad then gave me a report on the weather and the state of the crops. During this dream, however, I know that I am receiving 'a call from heaven'.

My Mom had lost her ability to speak fluently during the last year of her life, due to a massive stroke. I had greatly missed our long phone conversations. In my dream, she was back to her old talkative self, full of tales about the extended family and very interested in my life and children. I felt reassured of her continuing love and support of my life's journey. During my father's last couple of years, he wasn't well enough to continue his weather predictions, nor did he have the energy to care for the animals and plants that drew him into farming. In my dream, he was again filled with joy and his characteristic zest for life. I even heard his musical laughter ringing out, which always amused and delighted me as a child. It was his merriment that I so hungered for in his absence. This dream addressed my need for contact with both of my parents on a very real, sensory level. I distinctly heard each of their voices clearly, as I so often had in the countless phone calls we had exchanged during my adulthood. I awoke with tears streaming down my cheeks from the pure pleasure of hearing their voices once again and sensing that they were well and happy together in their next life.

Like my father before me, I went to breakfast with a story to tell that morning. I told everyone about the present I had received: a phone call from my parents in heaven on Father's Day! My friends and family were mildly interested, but my youngest daughter, then nine, was completely fascinated. Julia and I discussed the synchronicity of my dream occurring in the same way I used to always call my parents on holidays. This time, however, they called me from the afterlife.

Julia has always begged for just one more bedtime story. She has heard all of her Grandpa's stories retold countless times. She was the first person I ever told about my prayerful request of my Dad's storytelling abilities at his death. So, it's no wonder that Julia finds an easy connection to dreams and storytelling. She and I have told each other our dreams before going to sleep and upon waking for most of her life. Dream telling often replaces storytelling in our nightly ritual.

Now, as the next generation of dream tenders and storytellers, twelve-year-old, Julia Dawn Elkins, writes in her journal about dream life this way:

"I believe dreams are connecting with the future and clinging to the past, all at the same time! I face my reality and my hopes all in one fell swoop! In the blink of an eye, my dream may change and unveil some secret about myself which leads to an emotional journey through self and soul."

The evolution of the dream movement lies in the mindset of the next generation. This is imparted in the way we nurture our children. If we—as parents, teachers, therapists, and clergy—value the intuitive, non-linear thinking process that is a natural aspect of childhood, we cultivate the rich soil of their souls in which their hopes and dreams can grow and unfold.