The Plight of the Elephant People

I dream that a conventional appearing middle class woman is calmly and confidently shooting two young lovers with a rifle. She shoots the young woman point blank and then turns the rifle on the young man who stands there horrified as he is shot to death. She is standing in the shadow of the roof of one of those concessions that lined the Boardwalk of Coney Island near where I lived as a child. I can’t see into the room, but by its dimensions this might have been an amusement gallery, the kind with the fortuneteller doll in a glass case in the center who will hand you a paper fortune for a penny or a nickel.

Having killed the lovers, she turns her rifle toward me, where I am watching from about a hundred yards away across the Boardwalk. She wants to silence me, to prevent me from writing about the extraordinary intelligence—and the plight—of the Elephant People. In the dream, my essays are being reprinted and becoming influential. I manage to escape her by fleeing to the Boardwalk entrance ramps where I meet Ron Kovic, the Vietnam veteran antiwar activist whose own story is told in “Born on the Fourth of July.” We greet one another, having been in the anti-war movement at the same time.

Suddenly, I am with him in a small room. He is not in his wheelchair but is standing. I am standing with him and we are embracing each other as comrades. He has healed almost all of his wounds in the course of these years. And he is still Ron Kovic standing up for what he believes. 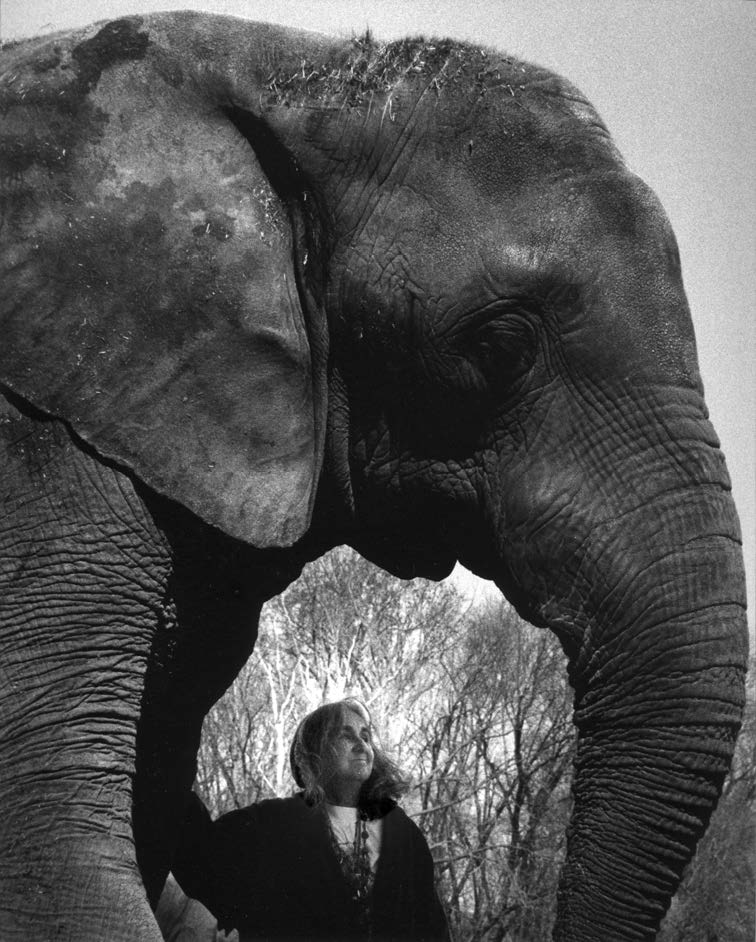 I write down the dream and then learn that there was a showing of “Born on the Fourth of July” at the Museum of Modern Art on July 5th, 2012. Alexander Reed Kelley wrote about the event in Truthdig, on July 19th http://www.truthdig.com/report/item/speakingtruthonthefifth_ ofjuly20120819/. There is a scene in “Born on the Fourth of July” where Kovic, played by Tom Cruise, and a small group of veterans enter the 1972 Republican National Convention in Miami Beach, Florida:

“My name is Ron Kovic. I am a Vietnam veteran,” Kovic says as he attempts to stand up from his wheelchair. “I am here to say that this war is wrong, that this society lied to me. It lied to my brothers. It deceived the people of this country, tricked them into going 13,000 miles to fight a war against a poor peasant people…”

After the film, speaking to the audience, Kovic said:

“There’s a chill in the air. People are intimidated. … Protest is supposed to be part of our constitutional right and our freedom of assembly, the freedom to question authority and the freedom to redress our grievances, which we saw during the Occupy movement… Since 9/11, those who protest are almost made to feel as if they’re the enemy. …They’re afraid of being called traitors and being called un-American,” as Kovic himself has been called continuously, since speaking out against the wars, while sitting in his wheelchair, bearing wounds he sustained while attempting to defend his nation. “I think one of the most American things you can do is to speak your mind, to gather on a street corner and express yourself.”

As in the dream, it is easy to pick off individuals one at a time, but perhaps the gathering of minds is a different matter.

Kelley’s article hits home. I was preparing to lead a writing retreat among the ancient stones and megaliths of Ireland, and had just read of the defeat of the Druids by the Romans.1

The power of the Druids was so feared by the Romans that in 60 CE, their legions… made the crossing to the island of the dreamers and began the destruction of the sacred groves… With great effort the Roman governor, Suetonius Paulinus, rallied his men to attack this “band of females and fanatics… The next step… was to demolish the groves consecrated to their savage cults.

How long these wars against the innocents have been going on!

The conventional woman in my dream has no difficulty killing the innocents; it is what she does, just as the militarists have been engaged in endless war for millennia. It is how things have been and it is what must be undone. We know that consciousness is real and so we can change and reintegrate ourselves into the ecology of creation. Why else would spirit have sent this dream at this time?

The woman aims at me with her rifle because I stand with the Elephant People. Let us not imagine for a moment that the aerial war against the wolves, the hunting by helicopter of elephants and rhinos, the conscription of dolphin into suicide missions, the devastation of the forests, the sacred groves, the mountains, the waters, air and land, the contamination of Mars with plutonium, the requisitioning of aboriginal lands and their resources everywhere, are not the same as the horrific acts of war we have witnessed and are living through in this and the last centuries against all the different peoples of this earth.

In the dream, I meet the violence and probably save my life by making an alliance with an elder anti-war activist. After a long common history, we still stand together.

Why this dream at this time, I asked and then looked for Ron’s recent activities, not even knowing if he is alive. Then I found the article about the talk he had just given.

In the dream, anti-war is anti-war. A No Enemy Way. At Daré, on Sunday, the 19th, a woman told a story of an old ghost in the attic of a church who asked for help cleaning up a mess. She knew it was his mess that he needed to clean. He had caused her family injury. She resented having to help. But when a ghost wants help in cleaning up the past…

I remember a line from a play I saw many years ago. The identity of a former Nazi officer living incognito among French resistance members is uncovered. Their intention is to kill him in retribution. “Hate the deed, but not the man,” he pleas for his own life.

The No-Enemy way is committed to undoing war without engaging in war. We will have to be so very clever, determined and dedicated to clean up the grand mess. We will have to do it together. Many of the peoples on the planet, like the Wolf People, the Elephant People, the Tree People, cannot defend themselves just as indigenous people have ultimately been unable to defend themselves against the warmongers over the years. And yet the planet must not die.

I met Ron Kovic in my dream last night. He stood up and I stood up next to him. Today, Day 119 before 2012, a dream calls me to stand up with / for the young lovers of the world, the Elephant People, and ‘the others,’ that is, for ourselves. ∞

Deena Metzger is a poet, novelist, essayist, playwright and storyteller. She is also a village healer. Story is her Medicine. Her latest novels are Feral and La Negra y Blanca, both published by Hand to Hand, 2011 Other books include Skin: Shadows/Silence, A Love Letter in the Form of a Novel, What Dinah Thought and The Woman Who Slept With Men to Take the War Out of Them that is in the volume Tree: Essays and Pieces, that features the celebrated Warrior Poster on its cover. Tree testifies to a woman’s triumph over breast cancer. It is an example of her many formal and spiritual explorations imagining a literature responsive to the complexities and necessities of our time, especially the value of actively respecting the numerous voices that constitute an ecology of mind attuned to a sacred universe. All of Deena’s work is informed by dreams. As a spiritual practitioner, Deena is devoted to the Pathless Path and the No Enemy Way.