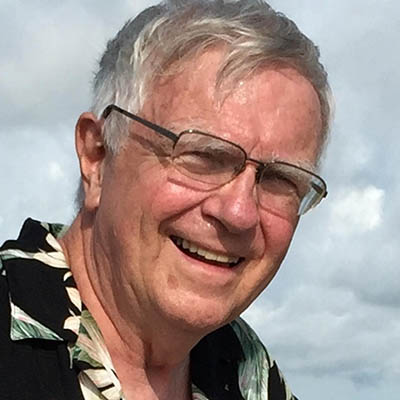 Fred C. Olsen, M.Div. is a teacher, counselor, and consultant who moved from a career in the space program to explore the frontiers of inner space.

He began his professional career in the Fall of 1965 following graduation from Seattle Pacific University with a B.S. in Mathematics. In 1967, Fred accepted a position with RCA International Service Corporation on a traveling team of technicians and engineers which was gearing up to calibrate satellite tracking stations for the NASA STADAN (Space Tracking and Data Acquisition Network), based at Goddard Space Flight Center in Greenbelt, Maryland.

In this position, Fred traveled regularly to many countries, where he was able to gain a unique view of a world in ferment during the late 1960s and early 1070s. At NASA, Fred's focus was on identifying the "highest" information that reflected the state of the system. An example was a measure of the ratio of signal to noise and the data quality associated with a range of readings of the ratio of signal to noise.

Olsen's concept of the "inner image" is the "highest information" source in the human psyche, both personally and collectively, what happens when the image changes. More importantly, this is the process by which the image forms and transforms in the human psyche. Jung's concept of the "transcendent function" sheds light on this problem. The place at which the opposites meet in a balanced tension and equal relationship, is the place where transformation is possible. If the conscious "ego" dominates, then we are back in the previous dilemma. If the "ego" succumbs to the authority of the image, transformation is also sublimated and avoided.

Olsen's Inner Image Method lays out the process that has evolved over the last few decades of exploration and refinement of this approach.

Our primary role as dream networkers and educators is simply to make room for the dream in everyday life. The dream is the 'teacher' and primary source of knowledge and information. The dreamer is the one who learns to 'respond' to the dream. T ...read more

At Least There Is an AION

On a bright April morning in 1975, I had the following dream: Across the room from where I sat frustrated by my inability to create, a group of women taught arts and crafts at large tables. I arose from my lonely corner to leave in a spirit of ...read more

During a recent trip to San Francisco I had the opportunity to attend the play "A Woman Dreams in a Seafood Restaurant" at the Habitat Center with two other dreamworkers, Sally Shute and Donna Levreault.

A mood is set as the waitress sets the ta ...read more